YoYotta runs well on Apple Silicon Macs or Intel Macs.
Any Mac running Big Sur, Monterey or Ventura will need software drivers for SAS and FibreChannel interface cards and Thunderbolt LTO drives.
Thunderbolt units have a SAS LTO drive inside, so they will need a SAS driver.
TAR restore is only supported on Intel Macs. No support on Apple Silicon Macs

Linear Tape File System is a standard format for writing files to tape. It's ideal for storing production and post media as the LTO tapes can be mounted and read on Linux, macOS and Windows. You aren't locked into a proprietary archive. 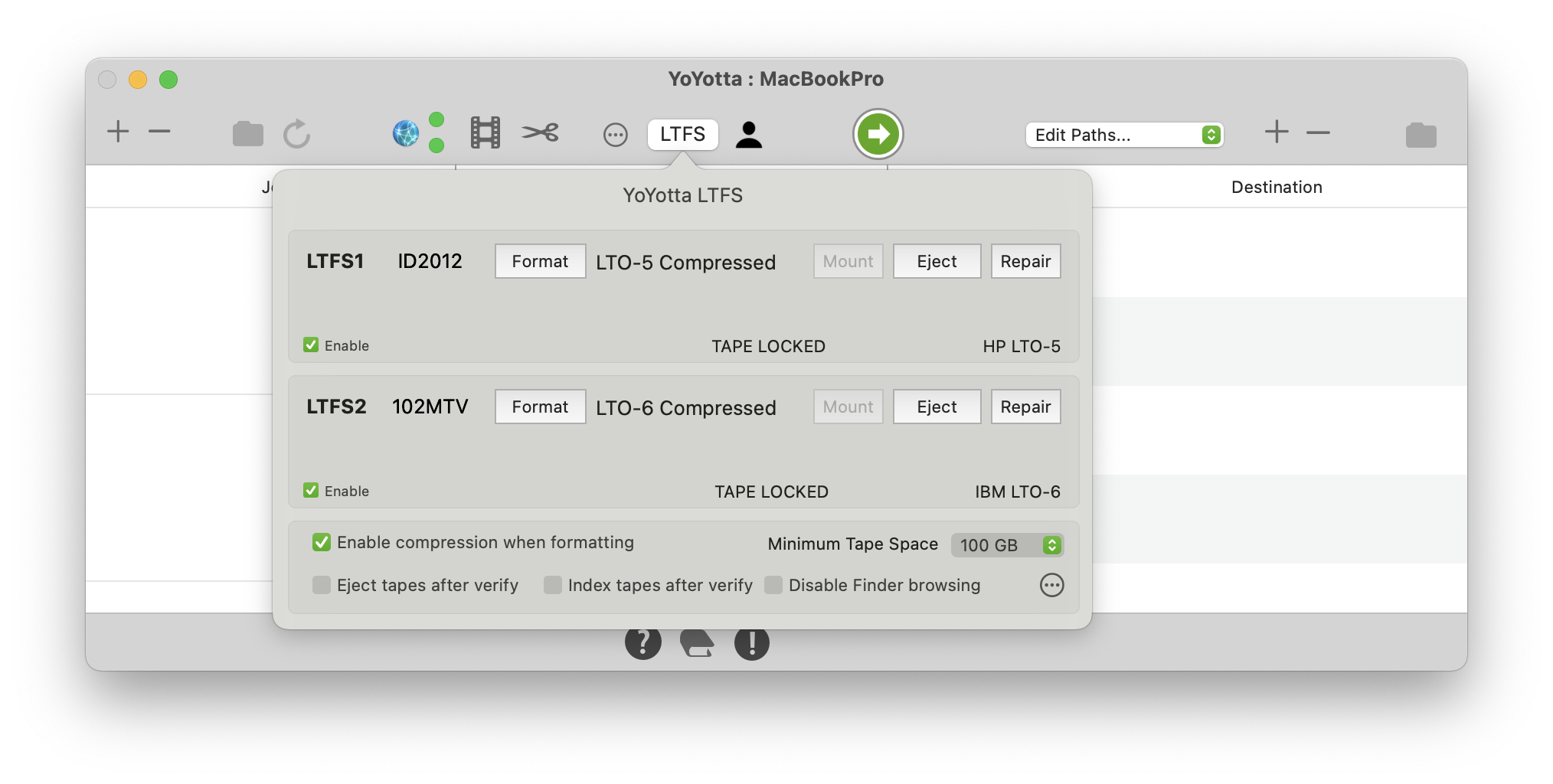 YoYotta LTFS includes all the features of YoYotta and adds the ability to create archives in parallel to two standalone LTO drives using LTFS. Quickly create industry standard archives on LTO-8, LTO-7, LTO-6 or LTO-5 tapes. YoYotta names, formats, mounts and repairs tape archives. During the archive YoYotta calculates both MD5 and xxHash checksums and then automatically uses these to read back and verify every file.
YoYotta remembers the contents of every tape created so later on you can search to find the location of shots. 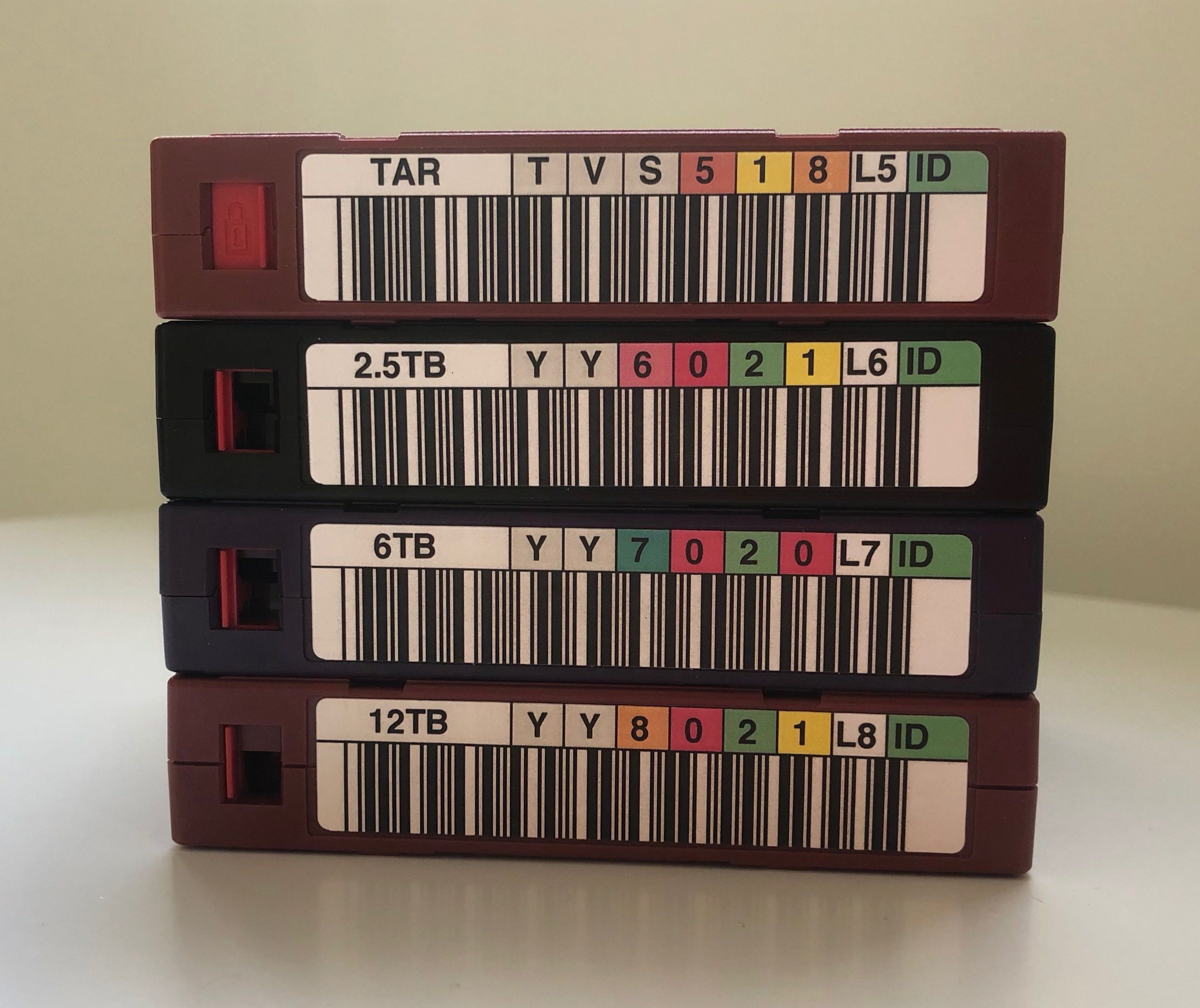 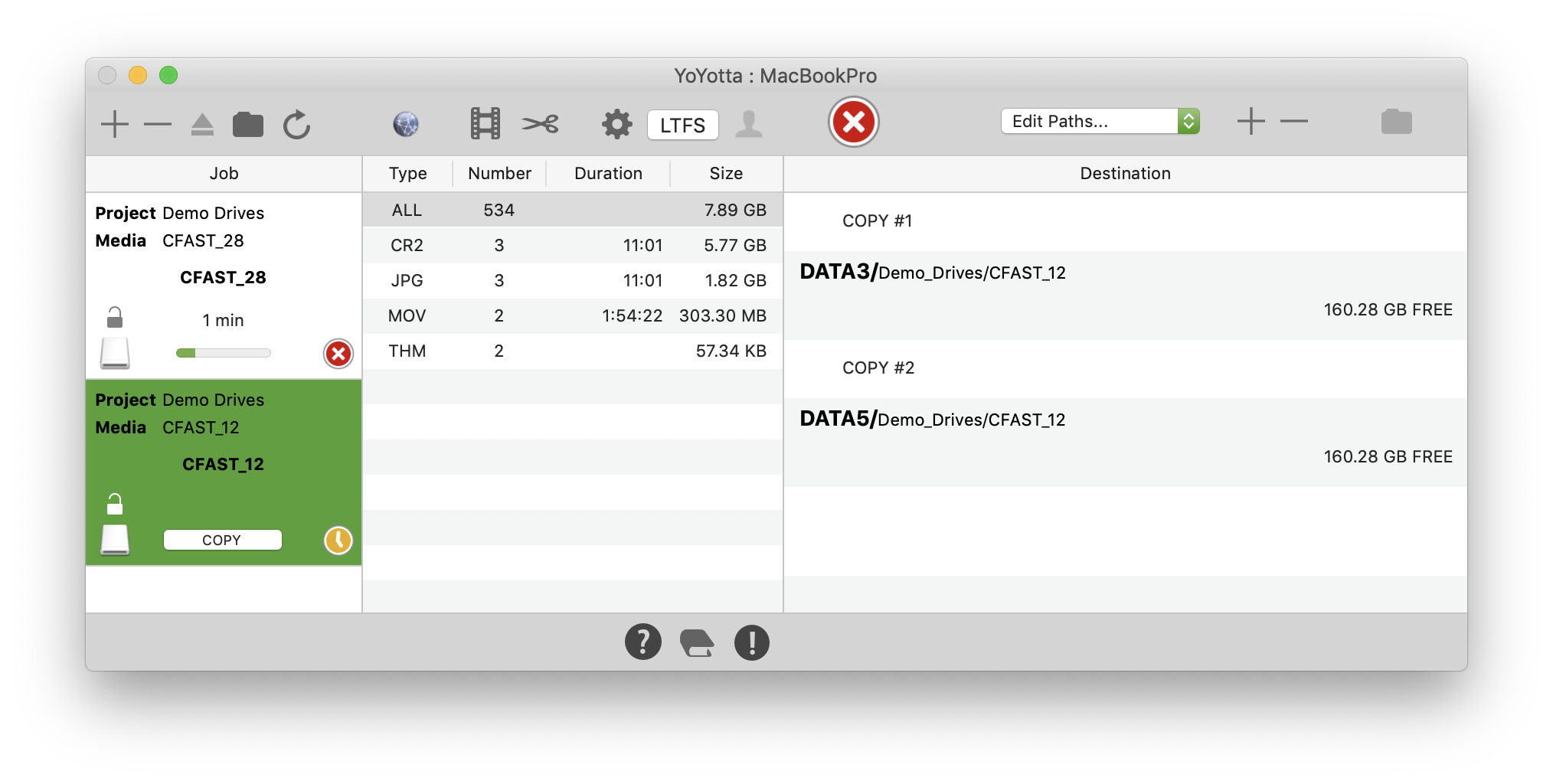 YoYotta has a smart queue, so multiple copies can be started and they will be processed in order when the destination drive is available. 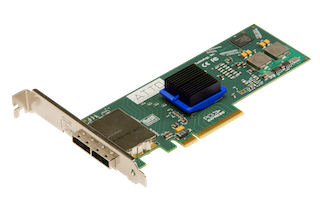 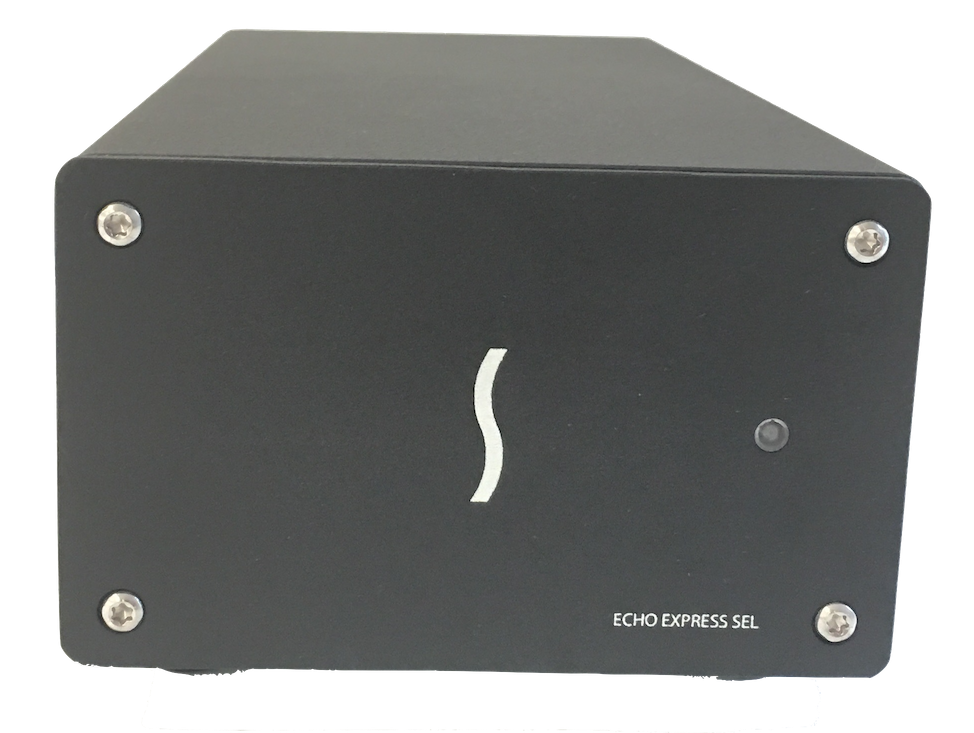 Connecting LTO drives to a Mac

The LTFS standard requires an LTO-8, LTO-7, LTO-6 or LTO-5 tape drive. LTO drives have either SAS or Fibre Channel interfaces.
Use SAS drives, they are cheaper, they use more durable cables, there is no configuration and SAS gives the same performance.
To connect a SAS or FC LTO-5, 6, 7 or 8 drive to a Mac use the ATTO ExpressSAS H680, H1280 or ATTO Celerity FC PCIe cards from ATTO.
H644 and H608 cards can also be used, but ensure they have the correct SAS connectors for your drive.
See this link for more details on the ATTO.
These PCIe cards can go in a Thunderbolt expansion like the Sonnet Echo Express SEL shown here.

The Sonnet Echo Express SEL is a compact Thunderbolt enclosure that holds a PCIe card like the ATTO H680. A lot of our customers use this to connect to a desktop SAS LTO drive or tape library. Get the Thunderbolt 3 unit as this means that there is plenty of bandwidth for multiple LTO drives and also daisy chaining other Thunderbolt units. The Apple TB3 -> TB2 adaptor allows connection to older Thunderbolt 2 Macs. There are also other units that hold more than one card.

The NS372TB3 is a 1U rack mount unit from Netstor that has an ATTO SAS card inside, on the back it has two Thunderbolt 3 connectors and an additional SAS output. There is room for two internal LTO drives. Great to repurpose an LTO drive from an archiving appliance.
Read more installing a Netstor unit

You can fit the PCIe card inside an older MacPro. However even the entry level Mac mini will give better performance and will save you a lot of electricity !
There are also units from 1 Beyond, MagStor and mLogic that include an internal Thunderbolt to SAS adaptor so they can plug straight into a Mac. There is also a Unitex unit that has an internal USB3 to SAS adaptor.

ATTO Thunderlink SH1068, SH2068 TB-SAS, ThunderStream SC3808, SC4808 adaptors, R680 or R644 PCIe RAID SAS cards do not support TLR which is a required protocol. So they are not compatible with LTFS running on any operating system. 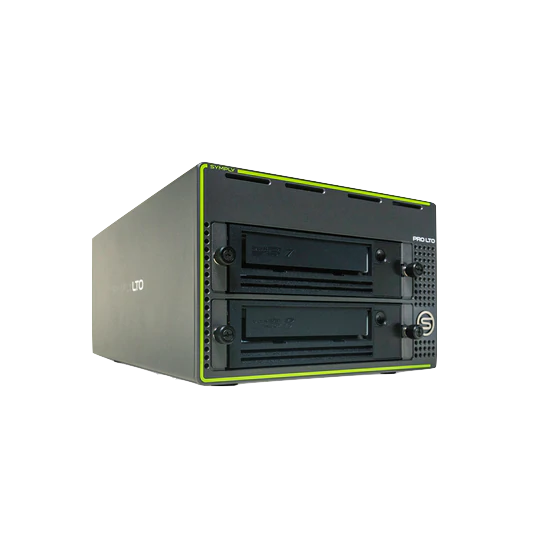 Well engineered range of desktop and rack mountable units with single or dual drives. Available with Thunderbolt and SAS interfaces. 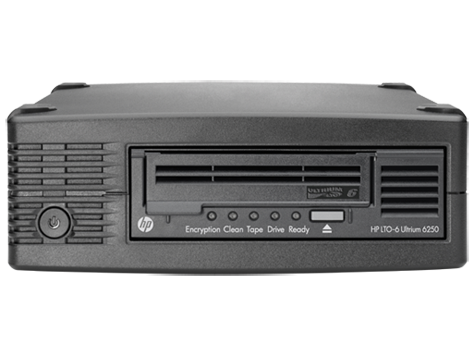 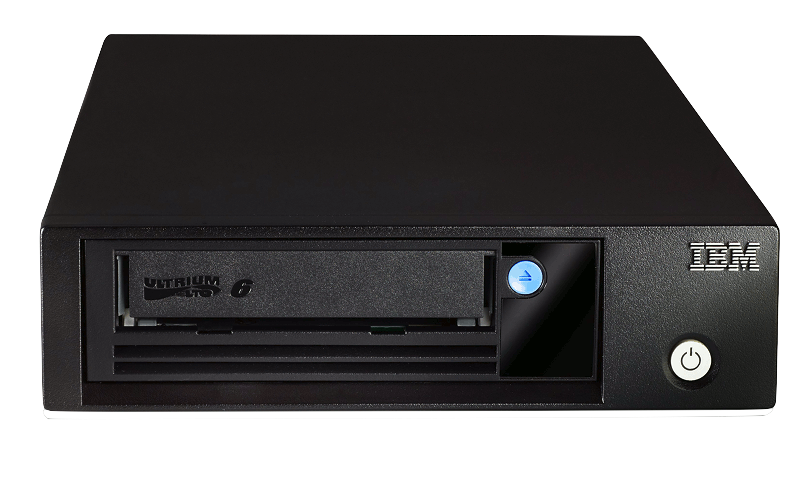 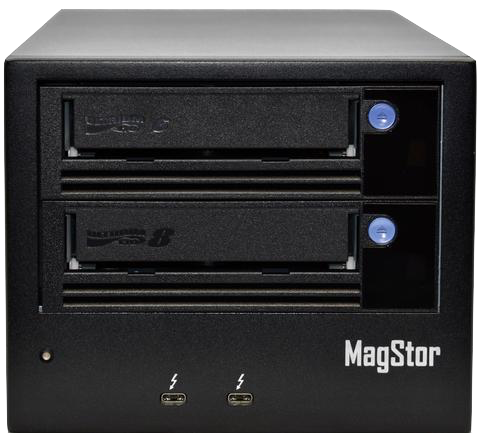 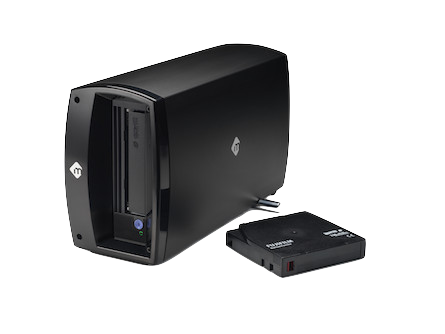 LTO drive with a Thunderbolt interface in a compact enclosure. The mTape will connect directly to the Mac. 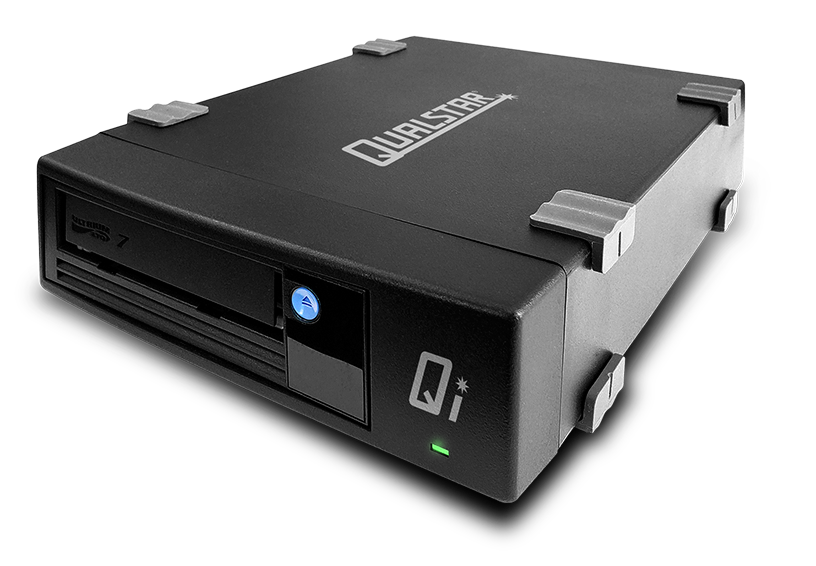 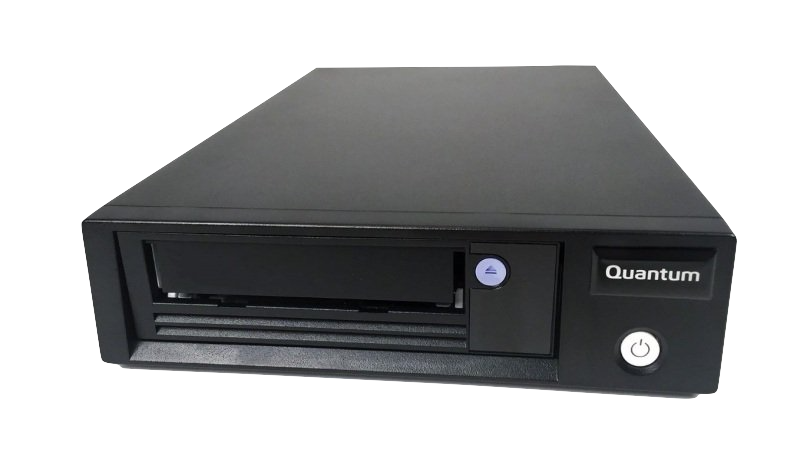